The demand for real estate in Turkey is growing every year. Residential and commercial properties are actively purchased by both the local population and foreign investors The revenues to the state budget have been growing steadily, which was noticeable in 2021. The coronavirus pandemic had some impact on Turkish real estate sales, but demand was high even despite the increased value of properties.

In 2021, the number of sold properties in Turkey has exceeded 3 million. And 1.49 million transactions accounted for housing. Thus, more than half of the sales were land and commercial facilities.

According to the Institute of Statistics of Turkey, a significant increase in sales came in November. The number of properties sold during the month was 59% higher than the same period in 2020. In November 2021 was concluded about 180 thousand deals on the sale of local real estate.

In general, from the beginning of winter to the end of autumn 2021 in Turkey were sold about 1.3 million properties. The total number of transactions in comparison with the previous calendar year fell not more than 0.5%. Such a slight decrease in sales was due to a drop in demand for housing on the domestic market.

The highest proportion of housing sales accounts for Istanbul, where 276 thousand objects were sold. This figure represents 18.5% of the total number of apartment sales in Turkey. The top three for the number of sales also include Izmir and Ankara. Real estate in Alanya also enjoys a consistently high demand. The provinces of Ardahan and Hakkari became a kind of anti-leaders, where the least number of properties were sold during the last year.

Secondary real estate accounted for more than 60% of sales. If we talk about objects under construction, their share is about 31%. And the demand for mortgages last year was very uneven.

In the summer the Turkish government has significantly reduced interest rates, which resulted in a wave of purchases. As rates rose, more and more buyers decided to purchase properties outright for the full amount or on an interest-free installment plan. By the end of the year, mortgage sales in Turkey were already four times lower compared to properties purchased without borrowing.

The Turkish real estate market last year began to attract foreigners as never before. Almost every month new records were set for the purchase of objects by foreign nationals. The most popular were apartments and villas. The most demanded property was in Istanbul, Ankara, Antalya, Alanya.

It is worth noting that the capital for the fifth consecutive year is the leader in terms of number of buys. At the same time apartments located in Istanbul attract the largest number of buyers from Arab and European countries. Last year, the capital real estate was almost 45% of all deals on the sale of facilities for foreigners. If we talk about the citizens of the CIS, they prefer coastal areas. Therefore, favorite cities of the Ukrainians, Russians and Belarus are Alanya and Antalya.

According to statistics, last year, foreigners purchased about 60 thousand properties in Turkey. This figure is almost twice as high as in 2020.

If we talk about foreign buyers themselves, the top three leaders are invariably citizens of Iran, Iraq and Russia. Also, real estate in Turkey is purchased by residents of several developed countries, ranging from Britain to Saudi Arabia. Also, many buyers among the citizens of Afghanistan, Azerbaijan and Jordan.

Over the past year the property market in Turkey has attracted a lot of Chinese buyers. Citizens of China in the first place were interested in apartments in Istanbul. And often they bought up several objects at a time. Such excitement is explained by the possibility of obtaining Turkish citizenship by purchasing housing for an amount exceeding a quarter of a million dollars.

Thus, the year 2021 showed one of the best rates of sales of apartments in Turkey to foreigners. Many Europeans have not stopped the pandemic coronavirus and the instability of the global economy. They are still daring to invest in local real estate.

A few words about the prices

In 2021 there was another increase in property prices in Turkey. This happened for a number of reasons: first of all, the price of construction materials and the cost of construction works went up. In addition, the number of apartments on the market is gradually decreasing while the demand remains high. As a consequence, property prices in Turkey rose every month. For 12 months the cost of apartments rose by 50-60%.

In 2021 Turkey has become the country with the most rapid growth of residential real estate prices. Given this fact, many foreign investors began to buy properties in the capital and major cities: Ankara, Izmir, Alanya, etc.

According to experts, the rise in prices will continue in 2022. Accordingly, buying an apartment in Turkey is a good investment. A few years later the object can be resold more expensive. In addition, housing can be profitable to rent.

It is expected that in 2022 there will be new records for sales of apartments in Turkey. This is not surprising, given the increased demand and the constant growth in prices.

To predict the price level in the Turkish real estate market, you need to consider several factors. In this case, only the fall of the Turkish lira is not enough – you should consider the whole economic picture of the country. Do not forget about the characteristics of the regions where you are buying or selling real estate.

Despite the end of last year’s action of the Turkish government, allowing local residents to receive state support for mortgages, the demand for apartments in Turkey has not declined. Accordingly, the local real estate market still allows profitable to invest money. 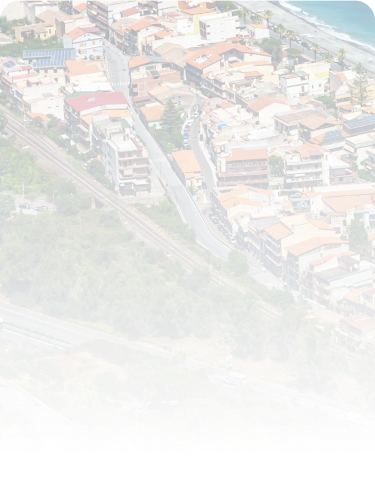